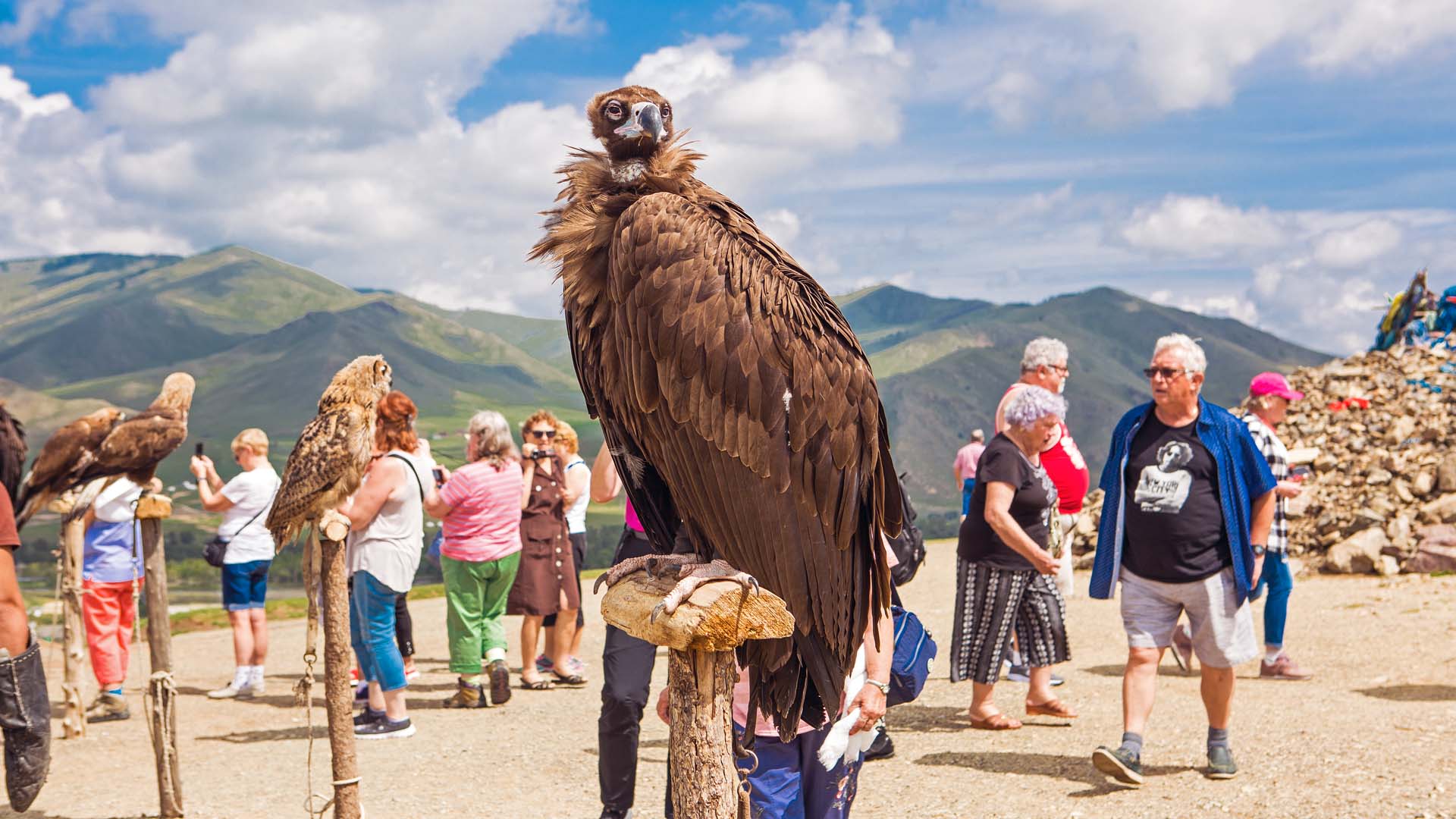 Departure from JFK on Aug 1 early morning or July 31 night flight, Arive Petersburg on Aug 1 NYC and cross the international dateline. We will flight to Russia.Arrive in Saint Petersburg. Our tour guide will meet you at the airport and transfer you to the hotel. The rest of today will be free for you to adjust to the time difference. Hotel: Park Inn Pribaltiyskaya or similar★★★★

Today we visitPeter and Paul Fortress】it is the original citadel of St. Petersburg, Russia, founded by Peter the Great in1703.In the early 1920s, it was still used as a prison and execution ground by the bolshevik government.【Winter Palace】from 1732 to 1917, the official residence of the Russian monarchs.The palace was constructed on a monumental scale that was intended to reflect the might and power of Imperial Russia. The palace to be described as a „19th-century palace inspired by a model in Rococo style”.Explore【Catherine Palace】It was the summer residence of the Russian tsars.More than 100 kilograms of gold were used to gild the sophisticated stucco façade and numerous statues erected on the roof. In front of the palace a great formal garden was laid out. 【Amber Room】it is a world-famous chamber decorated in amber panels backed with gold leaf and mirrors. it covered more than 55 square metres and contained over 6 tonnes of amber.【Church of the Savior on Blood】This Church was built on the site where Emperor Alexander II was fatally wounded in March 1881. Hotel: Park Inn Pribaltiyskaya or similar★★★★

Today we visit【Peterhof Palace】These palaces and gardens are sometimes referred as the „Russian Versailles”. The palace-ensemble along with the city center is recognized as a UNESCO World Heritage Site.【Nevsky Prospect】today functions as the main thoroughfare in Saint Petersburg. The majority of the city’s shopping and nightlife are located on or right off the Nevsky Prospekt.【Kazan Cathedral】it is a cathedral of the Russian Orthodox Church on the Nevsky Prospekt in Saint Petersburg. Probably the most venerated icon in Russia. After dinner, we will take the train to Moscow. Accommodation: Sleeper Train

Today visit【Red Square】The square was meant to serve as Moscow’s main marketplace. It was also the site of various public ceremonies and proclama  tions, and occasionally a coronation for Russia’s Tsars would take place. The square has been gradually built up since that point and has been used for official ceremonies by all Russian governments since it was established.【Moscow Kremlin】it is a fortified complex at the heart of Moscow, overlooking the Moskva River to the south, Saint Basil’s Cathedral and Red Square to the east, and the Alexander Garden to the west. It is the best known of the kremlins and includes five palaces, four cathedrals, and the enclosing Kremlin Wall with Kremlin towers. Also within this complex is the Grand Kremlin Palace. The complex serves as the official residence of the President of the Russian Federation.【Saint Basil’s Cathedral】it is officially known as the Cathedral of the Intercession of the Most Holy Theotokos on the Moat .  A world-famous landmark, it was the city’s tallest building until the completion of the Ivan the Great Bell Tower in 1600.【GUM Department Store】Similarly named stores were found in some Soviet republics and post-Soviet states. Hotel: Alfa Hotel or similar ★★★★

Today we visit【Novodevichy Convent】,al  so known as Bogoroditse-Smolensky Monastery ， is probably the best-known cloister of Moscow. Its name, sometimes translated as the New Maidens’ Monastery, was devised to differ from an ancient maidens’ convent within the Moscow Kremlin. Unlike other Moscow cloisters, it has remained virtually intact since the 17th century. In 2004, it was proclaimed a UNESCO World Heritage Site.【The Moscow metro】 is one of the most extensive and heavily traveled subway systems in the world, transporting about 9 million people around the city each day.But it also serves as a sort of museum of Russian history. Opened in 1935, the marble walls, high ceilings, stained glass, mosaics and chandeliers were a testament to the values of Joseph Stalin and his Communist party. Ironically enough, while the stations were built and designed with Soviet labor, the main engineering work was done by British workers.【Sparrow Hills】it is a hill on the right bank of the Moskva River and one of the highest points in Moscow, The observation platform, which gives a good panoramic view of the city.【Moscow State University】It also claims to house the tallest educational building in the world. It is rated among the universities with the best reputation in the world. Hotel: Alfa Hotel or similar ★★★★

Today we flight to Irkutsk, it is a city on the Angara River in eastern Siberia, Russia. The river embankment is lined with hurches, including the Epiphany Cathedral , with gilded onion domes, and the Spasskaya Church, with its soaring bell tower. The restored neoclassical Moskovskie Vorota arch is also by the water. Near Kirov Square, the Irkutsk Regional Art Museum has ancient icons and more recent Russian artworks. Hotel: Hotel Europe or similar★★★★

Today we visit【Irkutsk Regional Memorial Decembrists Museum】The exposition of Trubetkoy Manor shows fates of all the Decembrists through Siberian life of Tubetskoy family. 【Epiphany Cathedral】looks quite unusually. It is colorful and ornate and does not resemble classic orthodox churches. On the top of it the biggest bell in Irkutsk. its’ weight is 12 tons – was placed. In1990’s the Epiphany Cathedral was returned to Russian Orthodox Church.【Kirov Square】The Square is known for its long history. This beautiful walking area has been around for over 300 years and has been called by twelve different names, changing to reflect the changing city and the changing heroes of Tsarist, Soviet, and modern Russia. During the 17th century Kirov Square, was the center of trade fairs and entertainment in Irkutsk. Products like fur, timber, and tea were sold in in the square. However, now Kirov Square has become one of the main hangouts and event venues. Hotel: Hotel Europe or similar★★★★

Today we visit【Lake Baikal】 it is an ancient, massive lake in the mountainous Russian region of Siberia, north of the Mongolian border. Considered the deepest lake in the world, it’s circled by a network of hiking paths called the Great Baikal Trail. The village of Listvyanka, on its western shoreline, is a popular starting point for summertime wildlife-spotting tours, plus wintertime ice-skating and dog sledding. 【The Baikal Museum】it is a public noncommercial institution established in 1993 and engaged in the collection, storage, research, and demonstration of material evidence and information related to Lake Baikal and its fauna and flora. All scientific activities of the museum, aimed at studying of the historical past of Lake Baikal from its creation until today. Before take the Siberian to Ulaanbaatar, We will go to the local supermarket buy some snack and food. Hotel: Hotel Europe or similar★★★★

The Trans-Siberian express is the longest uninterrupted train route in the world – crossing 6 time zones and a multitude of different terrain ranging from forest to mountain to desert to steppe.  With a length of 9,289 kilometres, it is the longest railway line in the world. There are connecting branch lines into Mongolia, China and North Korea. It has connected Moscow with Vladivostok since 1916, and is still being expanded.It was built between 1891 and 1916 under the supervision of Russian government ministers personally appointed by Tsar Alexander III and his son, the Tsarevich Nicholas . Even before it had been completed, it attracted travellers who wrote of their adventures.Russia has expressed desire to Pakistan for participation in China–Pakistan Economic Corridor by linking Trans Siberian railway with Gwadar Port, Pakistan. Accommodation: Trans-Siberian Railway

See the best of Mongolia’s natural and cultural attractions in a single day on this guided tour from Ulaanbaatar. Head through Mongolia’s famous rugged countryside en route to Gorkhi-Terelj National Park,You will hike in the park and then enjoy your lunch near Giant Chinggis Khaan statue. The statue is 131ft/40m in height. You will see Chinggis Khaan holding a golden whip in his right hand. Later, you will visit a local nomad family where you will have an opportunity to experience their way of life, their culture, and traditions. Afterwards, enjoy a  trial of horseback riding. Hotel: Ramada Ulaanbaatar Citycenter Hotel Mongolia or similar ★★★★

Today visit【Gandantegchinlen Monastery】,it is a Mongolian Buddhist monastery in the Mongolian capital of Ulaanbaatar that has been restored and revitalized since 1990. The Tibetan name translates to the „Great Place of Complete Joy”. It currently has over 150 monks in residence. It features a 26.5-meter-high statue of Avalokiteśvara. It came under state protection in 1994. visit【 Bogd Khan Winter Palace Museum】Built between 1893 and 1903, the Chinese style complex includes six temples, each one of them contains Buddhist artwork, including sculpture and thangka. It is one of the few Mongolian historical attractions which have neither been destroyed by the Soviets or the Communist Mongolians. On display are many of the Bogd Khan’s possessions, such as his throne and bed, his collection of art and stuffed animals, his ornate ceremonial ger, a pair of ceremonial boots given to the Khan by Russian Tsar Nicholas II, and also a jewelled regalia worn by the Bogd Khan’s pet elephant.Visit【Narantuul Open Air Market. Hotel: Ramada Ulaanbaatar Citycenter Hotel Mongolia or similar ★★★★

After breakfast, you’ll be escorted to the airport for your flight home.